Air Campaigns
Want to start or join a group build? This is where to start.
Hosted by Frederick Boucher, Michael Satin
OFFICIAL: Aluminium Cans or Quicksilver

Maybe once I try a serious NMF, but for now just let me help you out with a ribbon suggest. Had right now the mood for something creative. REPLY & QUOTE
MichaelSatin (Michael Satin) said
Thomas has a couple of interesting ribbon proposals. Anyone have a preference? Any other ideas?

Only a couple of days left!

REPLY & QUOTE
john41492 (John Moran) said
Michael, I vote for the one that says "Glare". Just my two cents worth.

I got the bird painted! I'm using Alclad's polished aluminum and aluminum. I've not tried their aluminum before, and really prefer their airframe aluminum.

Painting all the small stuff went smooth, and looks pretty good. The airframe on the other hand gave me a pebbled finish. Not sure if it was due to wind or what, but it seems there's a lot of firsts in my new location that didn't happen where I was. I'm thinking environmental, so more experimentation.

I wound up smoothing things out as best I could using a cotton tee shirt rag. Then I hit a few panels with duraluminum, and a little polished. I'm also noticing a spotty coverage. Not my most satisfying paint job. However, the wife thinks it looks like a metal plane, and since it's going to her, I'll leave it.

Next came the decaling. I opted to use the kit decals as I've not tried them before, except for an insignia in a pinch, for the insignia and the lower stencils. I used Superscale # 48-589 P-47D Thunderbolt wingmen 313FS/50th FG, for the uppers and nose art.

The decals performed well from Tamiya, a bit thick, but a coat of future and they should blend right in. The Superscale decals were great, the markings were questionable. Such as the gun numbers being wrong, so I used the Tamiya ones.

Despite my poor effort on this, it is a very nice kit. Next a little touch up, some minor weathering, and then the little parts and she's done.

REPLY & QUOTE
md72 (Mark Doremus) said
So close.... A couple of fiddly bits then into the paint shop for the primer. 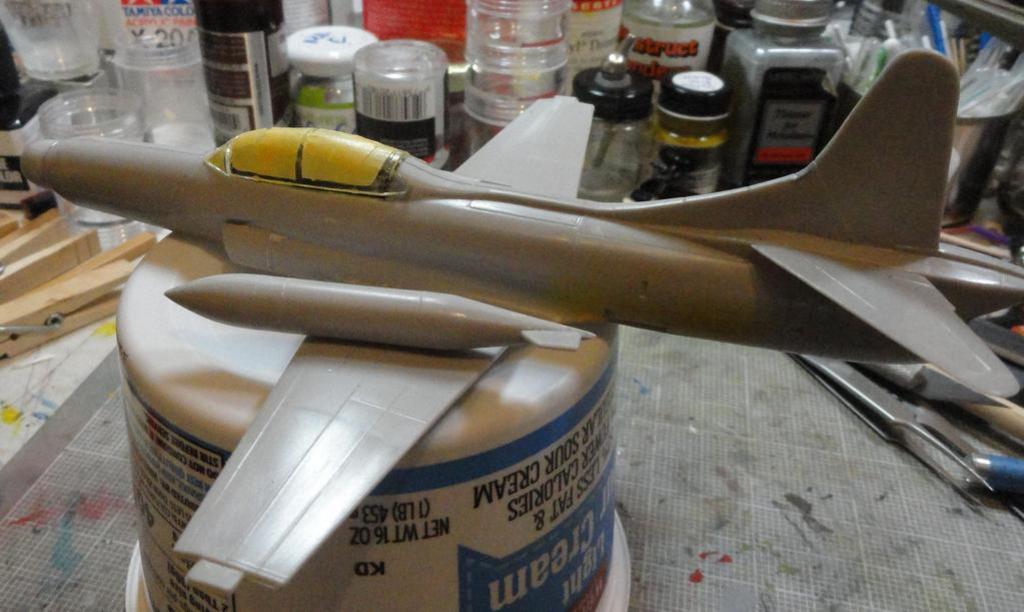 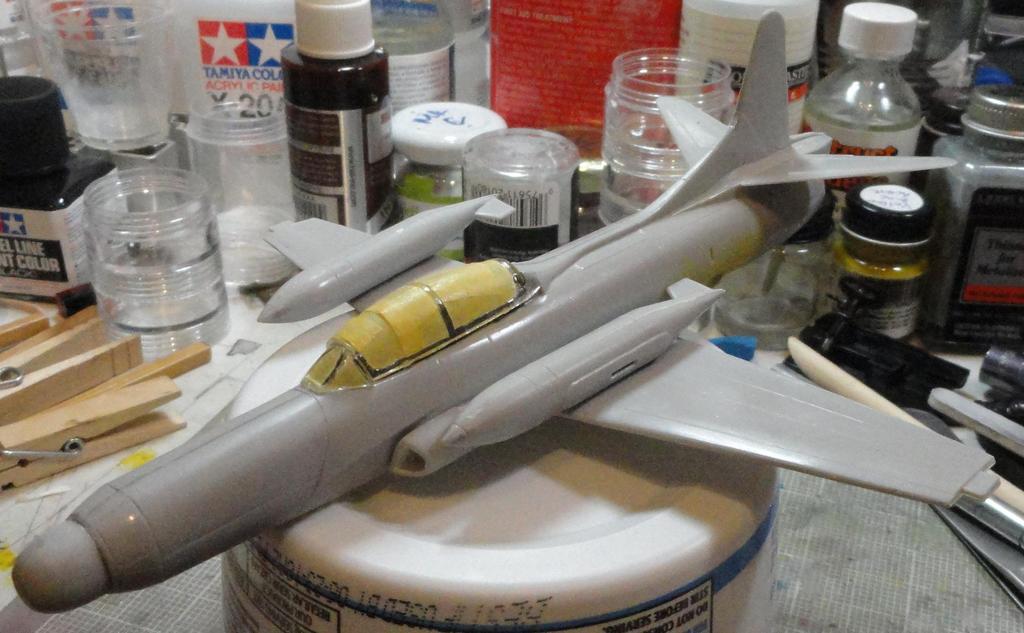 But no way to finish by Tuesday. Sorry guys.

Thomas has a couple of interesting ribbon proposals. Anyone have a preference? Any other ideas?

Only a couple of days left!

My vote goes to "GLARE", too

REPLY & QUOTE
Pave-Hawk (iain) said
Finished this one a while ago but didn't get around to taking pictures till yesterday. There's quite a jump from my last status pictures due to the fact that the computer holding all my images died. 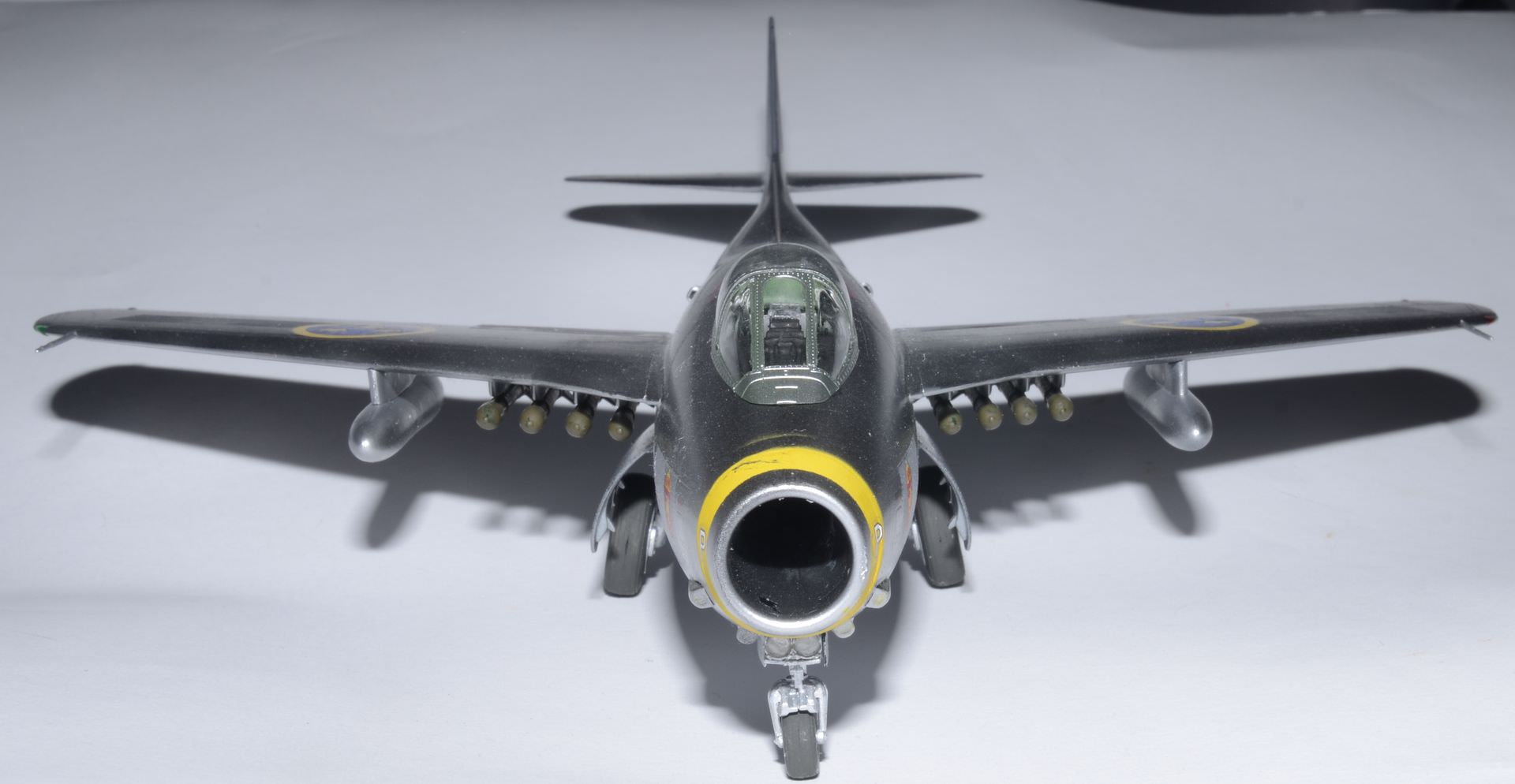 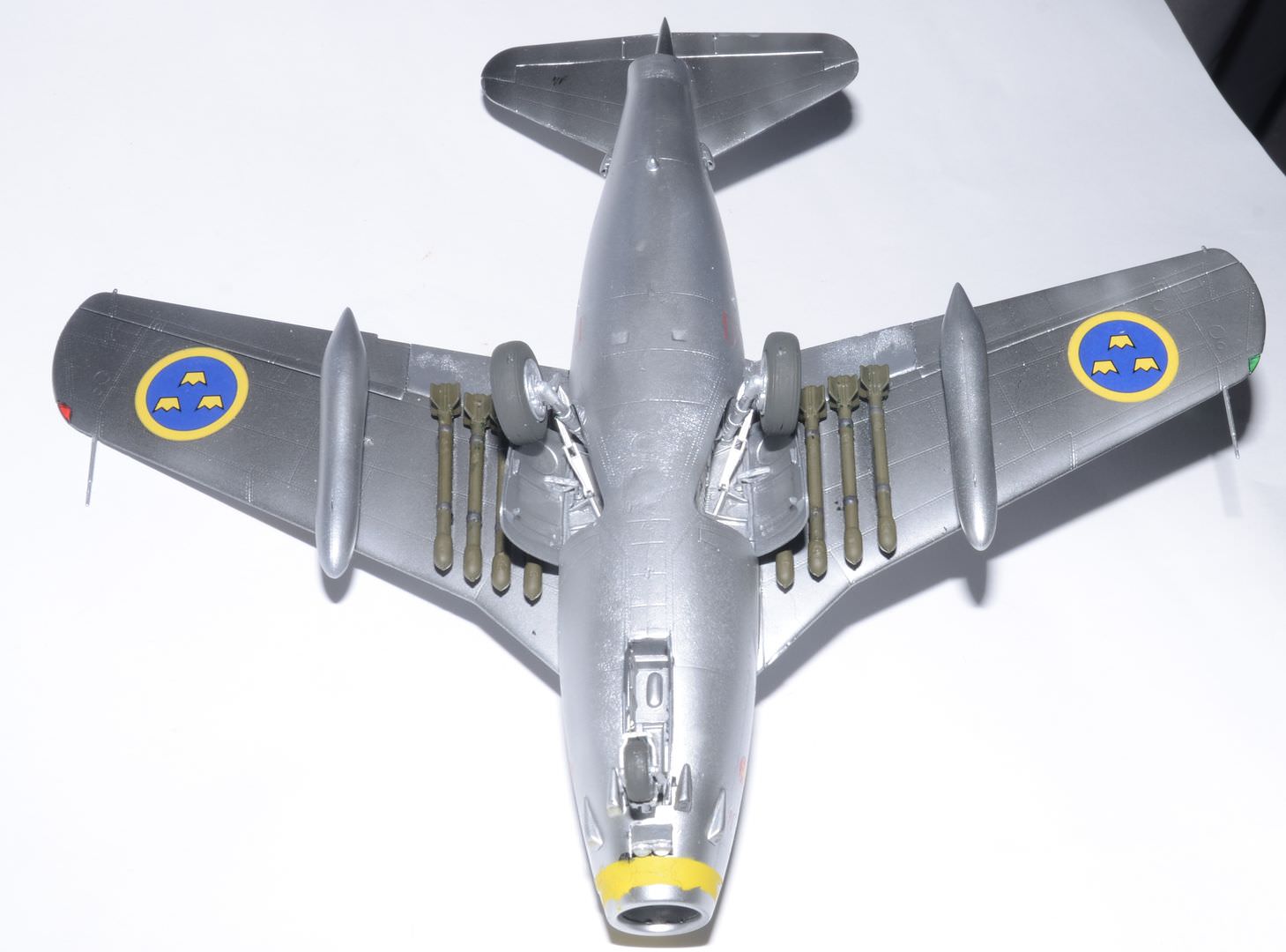 Have also uploaded to the gallery.

Home stretch here! Midnight GMT tomorrow, 1 August is the deadline, so about a day and a half to go.

Skittering across the line finally! Got it done, and it turned out ok. Not my best P-47, but my wife Rosie loves it. So mission accomplished!

While I couldn't find a photo of the actual aircraft I was able to find a shot of the other plane from the decal sheet, "Juicy Lucy", and have to say the dulling down of the metal looks fairly close.

I did manage to keep a journal on this one, and total time to build it came to 32.25 hours. I was conservative on my time, for example doing seam work while watching a movie counted as 90 mins, but really wasn't that much time. Still, a fun build, I recommend this kit to anyone!

I wish I was a bit more focused on this build, however, post treatment side effects are causing issues. I'm alive, and got to build another model, and share time with you all, and for that I'm grateful.

Thanks for a great campaign!!

REPLY & QUOTE
EHAM0624 (Jan Janssen) said
i (again) sufferd from some lack of spirit to get my F-86D finished however after some friends of mine shared me some pictures of some 1/144 scale BF109 i thought that if i would do something easy i could get something done,..

So i got the the first thing i found, out of the stash 1/144 scale (received as a gift on an Eday) 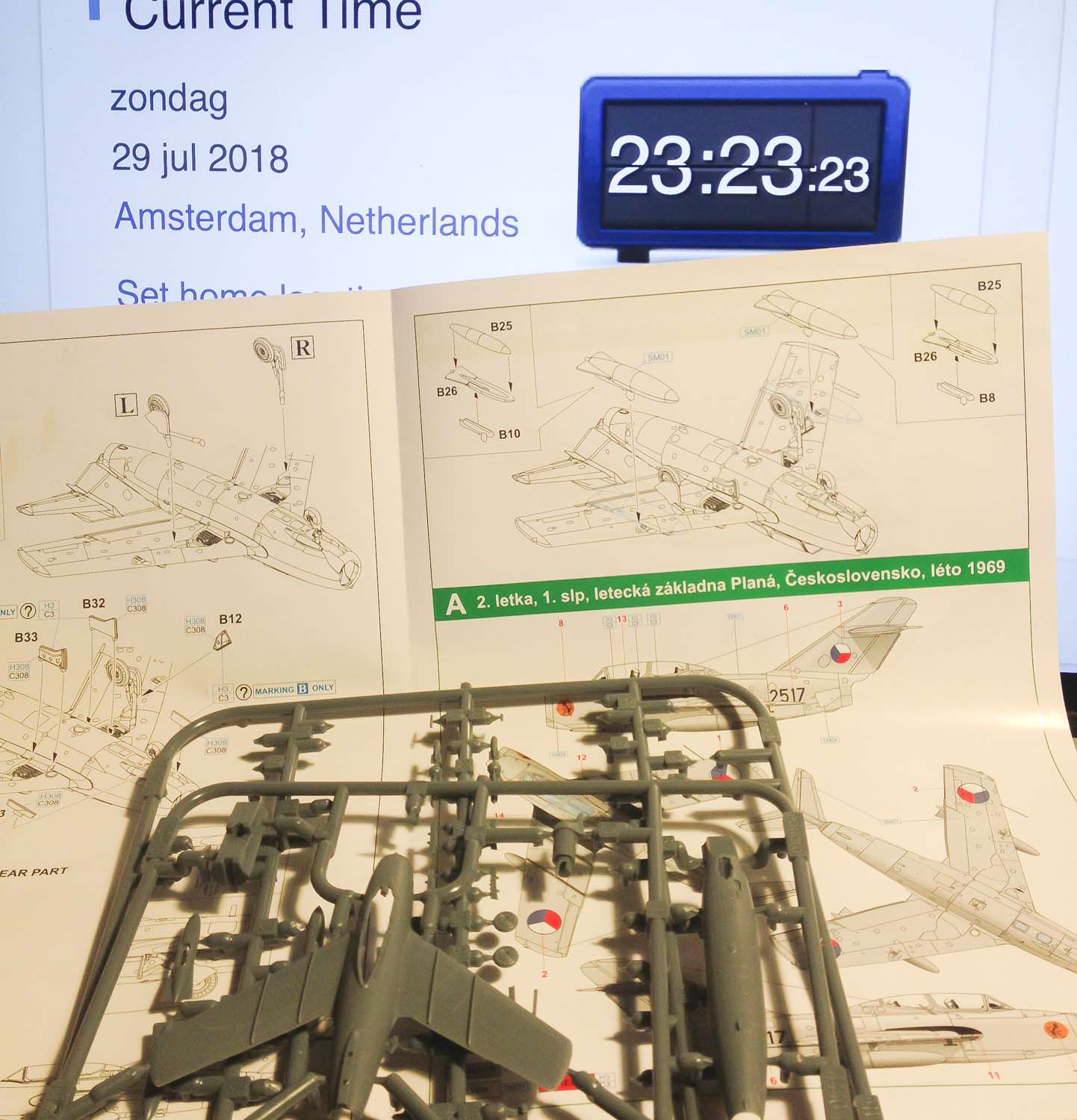 and after no less than nothing you can start painting 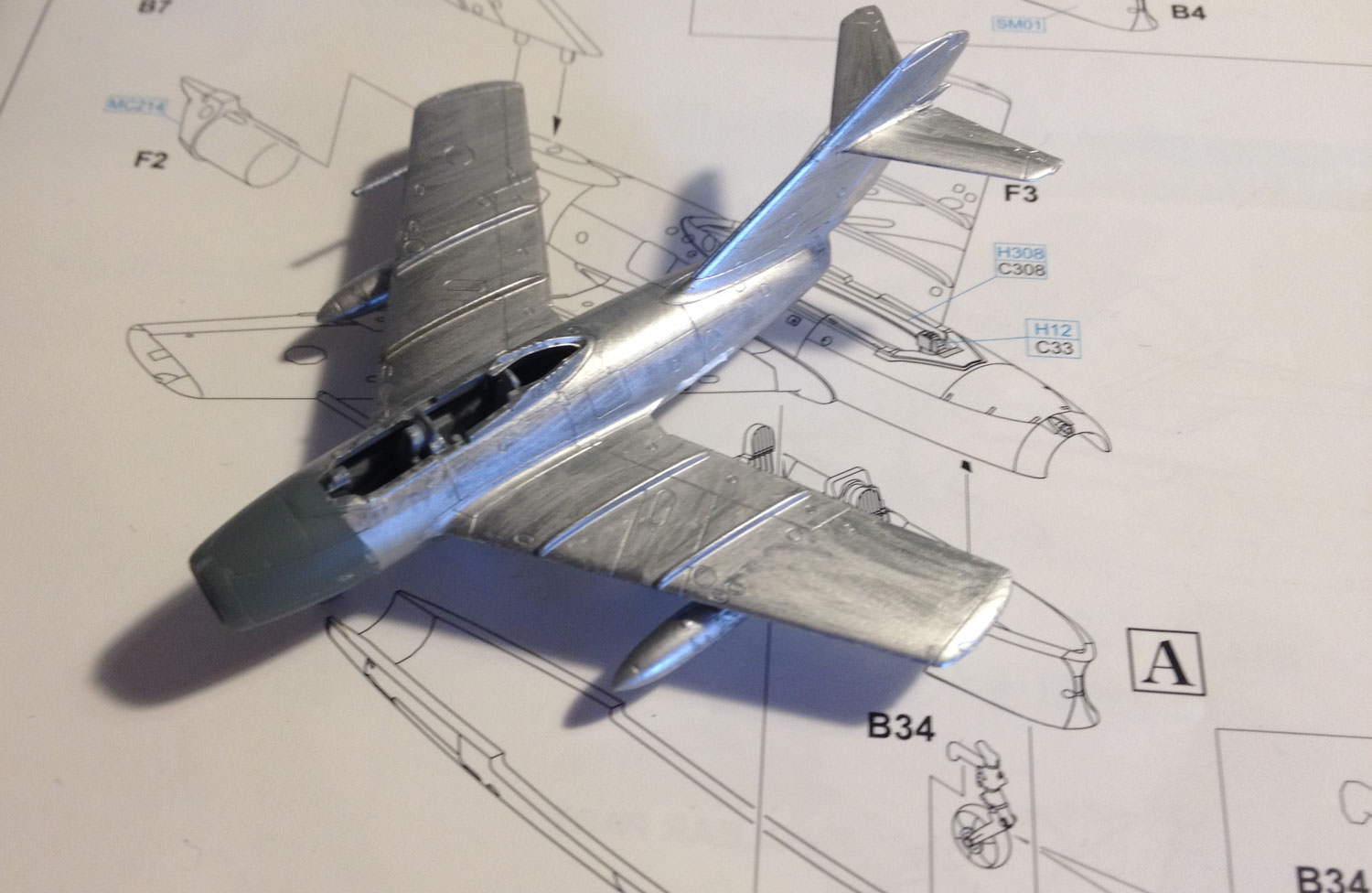 And it's actual a real nice model, it only needed a bit off putty and a tiny bit of lead in the nose 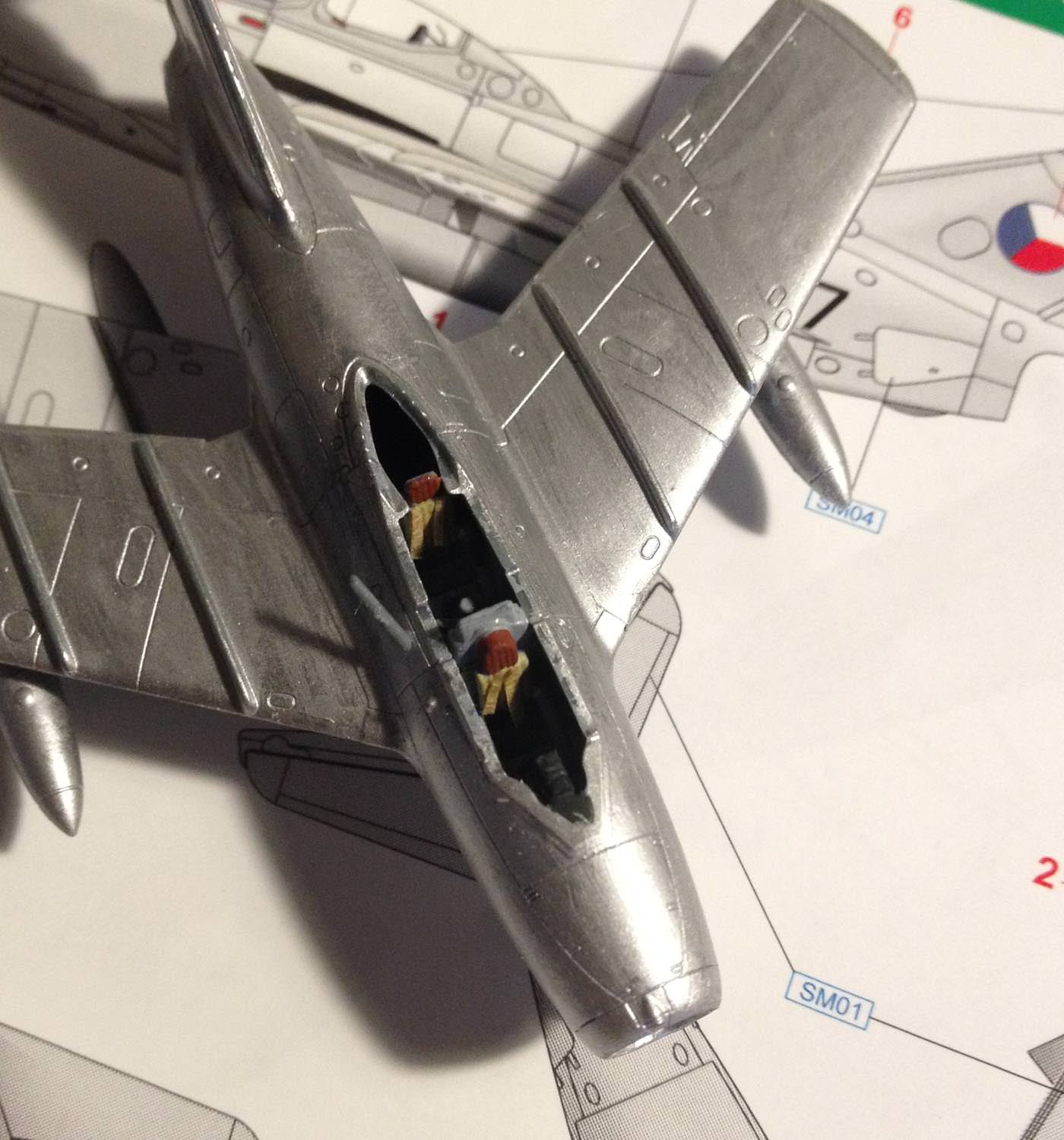 I will add the final pictures in the galerie tomorrow 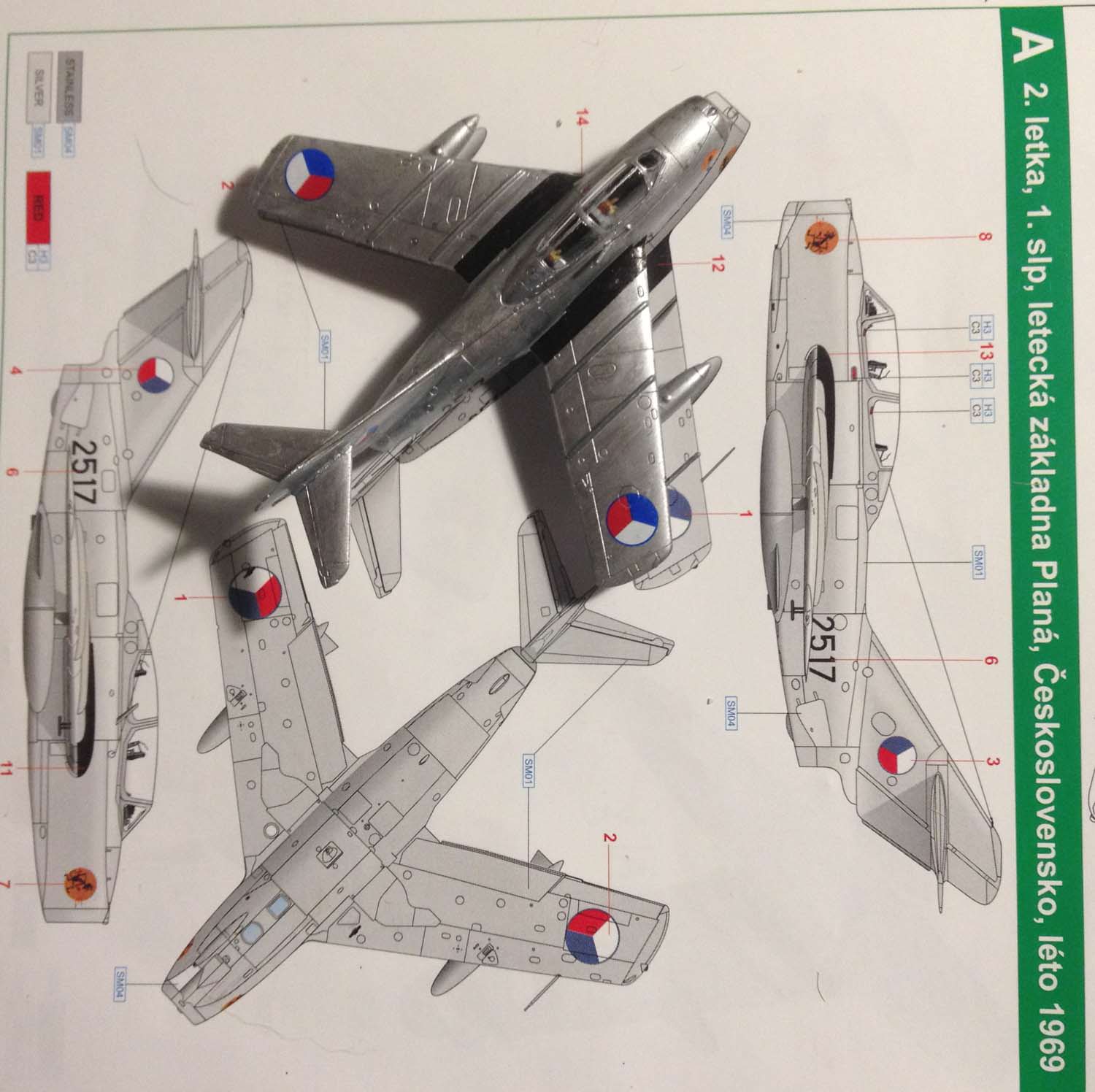 REPLY & QUOTE
stoney (Eric Johnstone) said
Guys those are all looking great, awesome job. John your P-47 looks terrific, I really like how you pulled it off, one day we'll have to do a side by side Jug build!
Im just sitting down at the bench for the last 5% of this Academy 47N and I think it should be good to go in an hours time, warts and all. Fingers crossed I can finally complete my first campaign!

So Im calling it, its not done, I honestly doubt if it ever will be, its been a headache verging on cursed kit for most of the build, broken airbrushes, garbage decals, many parts vanishing into thin air flying off non-positive location points, two steps forward and one step back, never really allowing me to get into the flow of it. I will not build another academy P-47, theres really no reason to, the engineering is bad, the detail is soft and with a tamiya kit looking me in the eye from the stash during this I just had to shake my head. I wanted to post shots of where I got to, I was happy with the NMF and the Makar masks while fiddly looked great when done, it was my first metal skinned bird and that part im happy with. Id say this thing is at 98% and perhaps ill have a second wind and track down the Aeromaster decals to replace the kit disasters.
Cheers to all of you, some great looking builds and cool subjects!
Eric.

REPLY & QUOTE
Pave-Hawk (iain) said
Eric, those photos don't do justice to the horror you describe

But seriously, we are often our own harshest critics, especially when things don't go to plan, and despite all that it looks a decent job from this end.

@ Eric - sorry to hear about your difficulties, otherwise it looked already very good and it should work out into an excellent model in the end!

REPLY & QUOTE
MichaelSatin (Michael Satin) said
Well, guess it's time to call this one. Congrats to all who finished and, to those who didn't, there's always Hangar Queen 8!

Ribbons have been awarded so let me know if you didn't get one and think you should have. See you around the workbench!

REPLY & QUOTE
md72 (Mark Doremus) said
Well folks, I didn't make it on time, but I did finish! 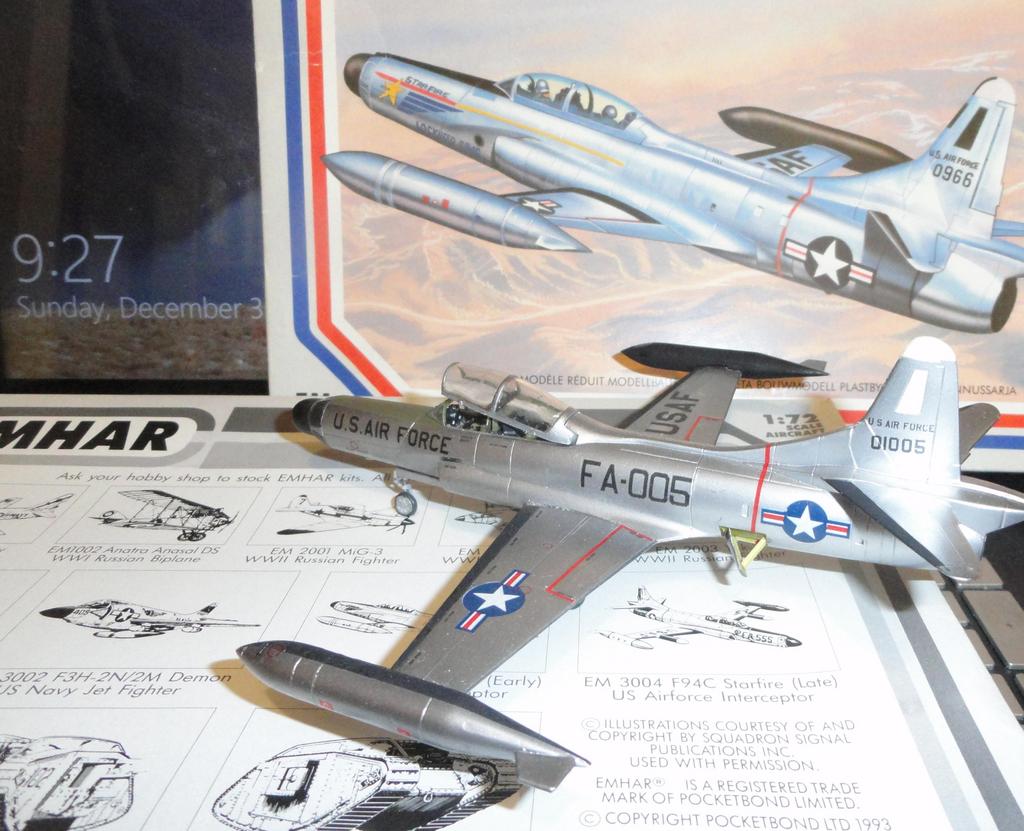 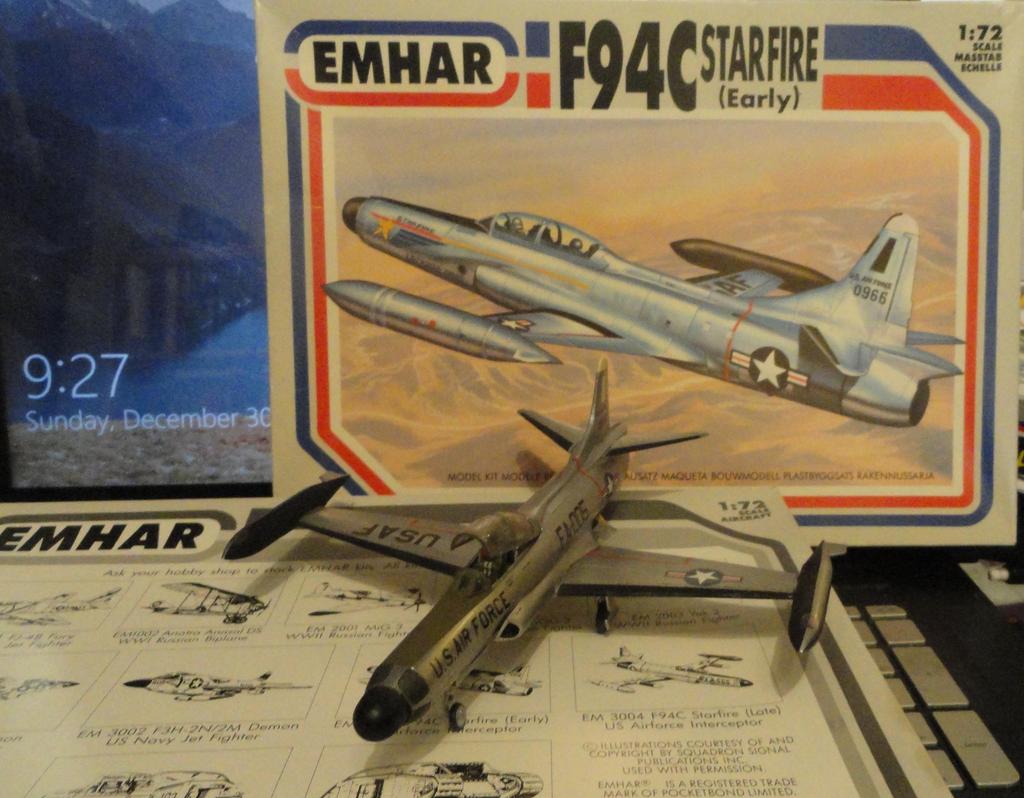 See ya next time!