This time I'd like to share few photos of my recently finished Reggiane Re.2002 Ariete II, in the livery of a machine from 239. Squadriglia, 102. Gruppo, 5. Stormo dAssalto, stationed at Palata airstrip in February 1944.

The Italeris kit does not bear strong resemblance with the actual aircraft (fat wings, strange engine fairings, strange fairing on the fuselage behind the cockpit, on my kit replaced with QB resin part) or finesse of the details (huge rivets). Fit of some parts is also quite problematic (especially in the engine area and clear canopy).

However, there is no choice, the only alternative is the same model in the Tamiyas box. Of course, there are beautiful resin aftermarket sets produced by Vector, thanks to which the model is much closer to the original and gets the higher level of detail, but my goal was different  I wanted to practice reconstitution of the overlapping panels  the characteristic technology used by Reggiane, but also Nakajima, PZL, Grumman   how it came out, you may judge yourself.

As usual, more photos at my blog. 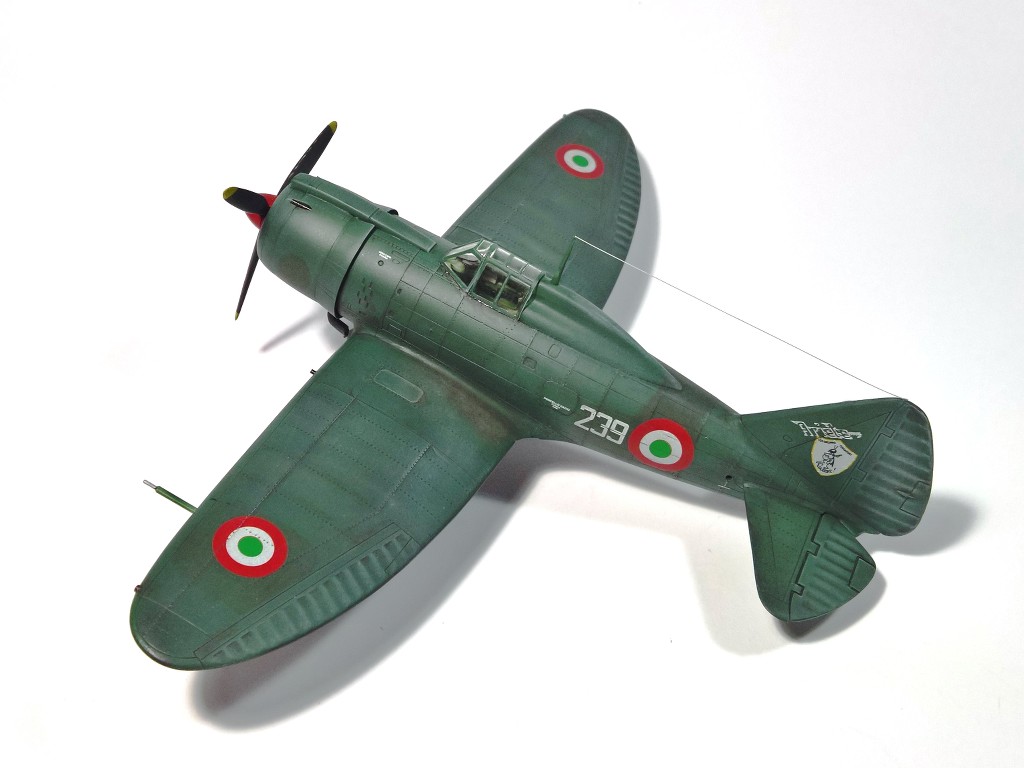 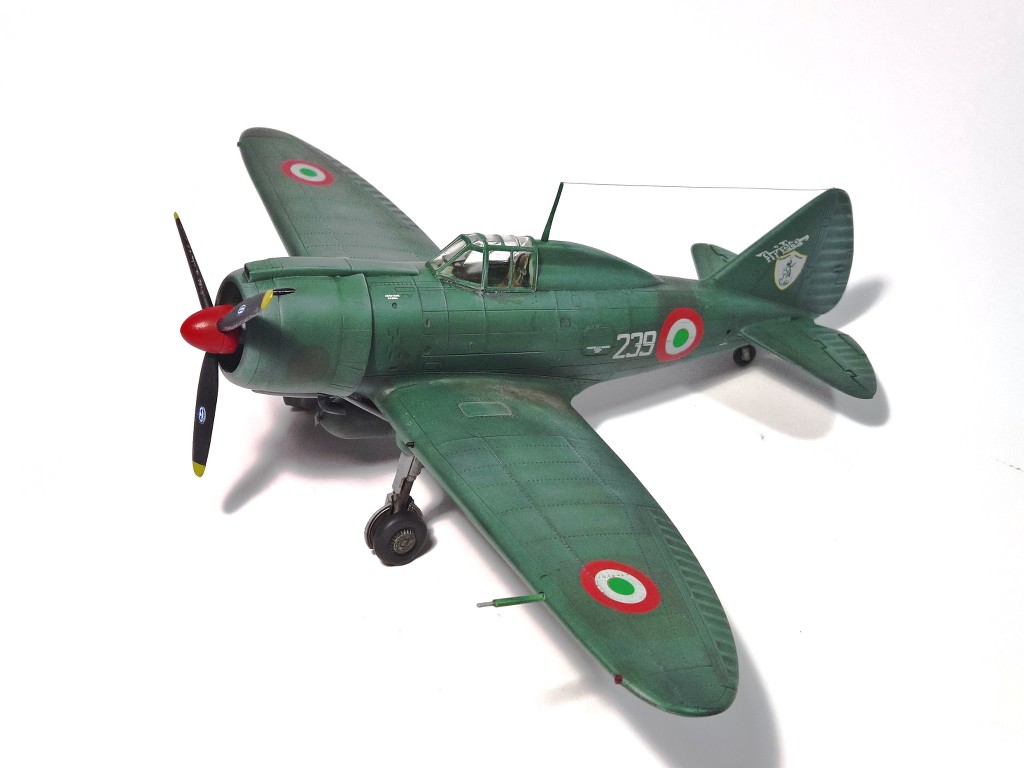 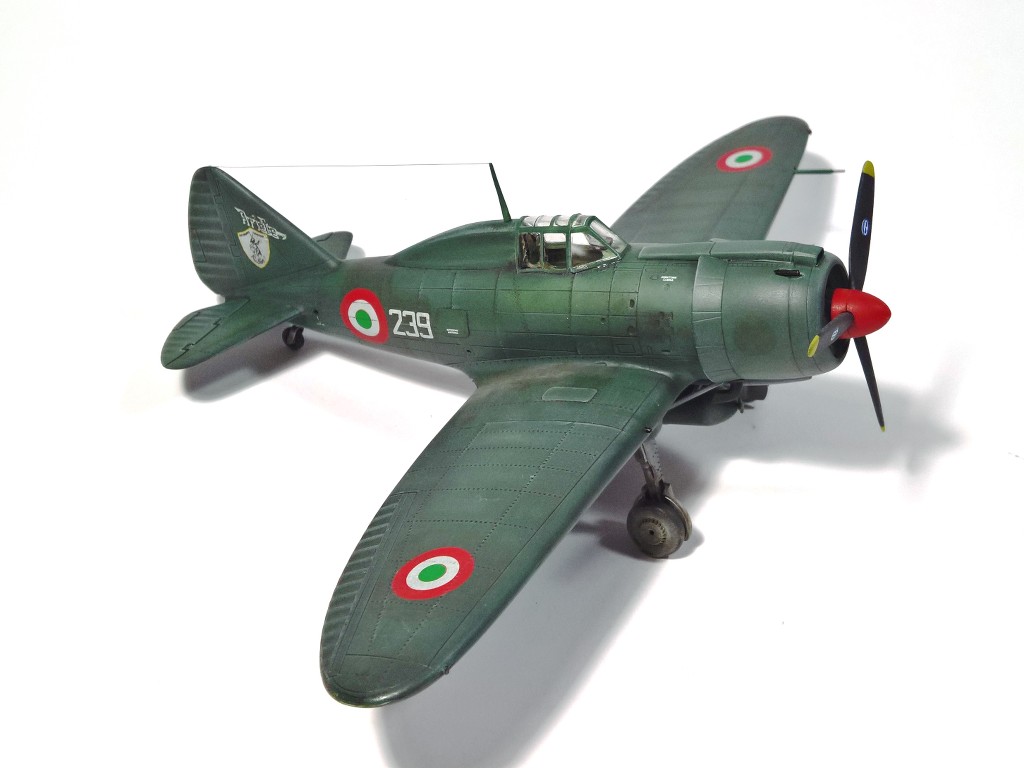 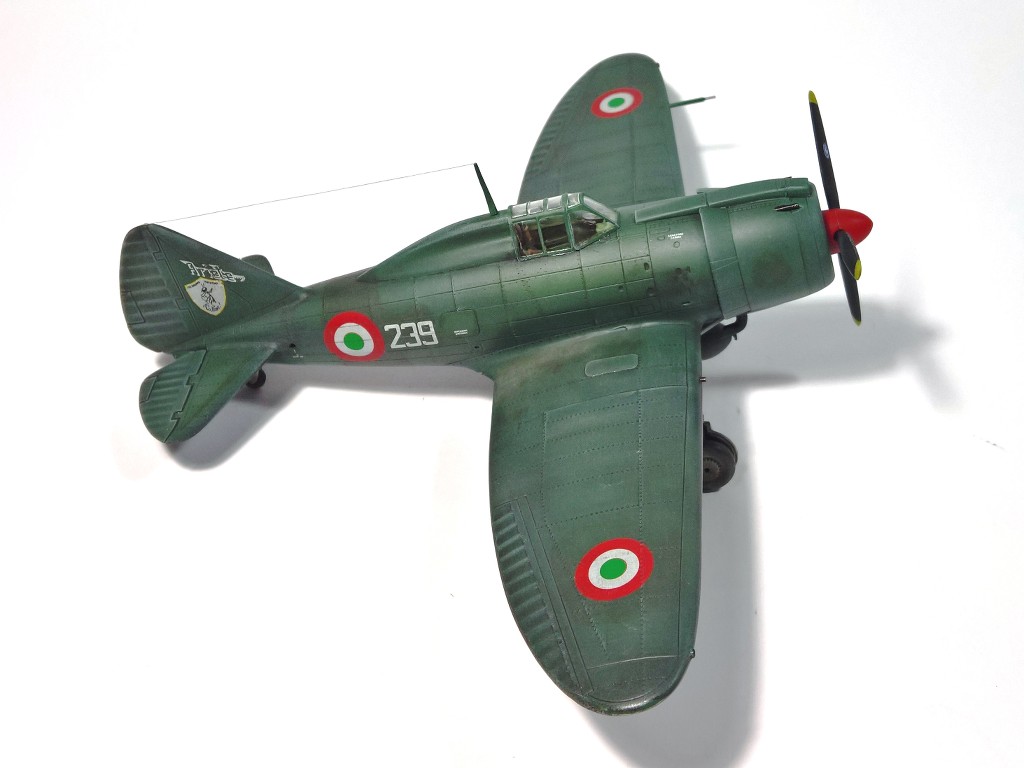 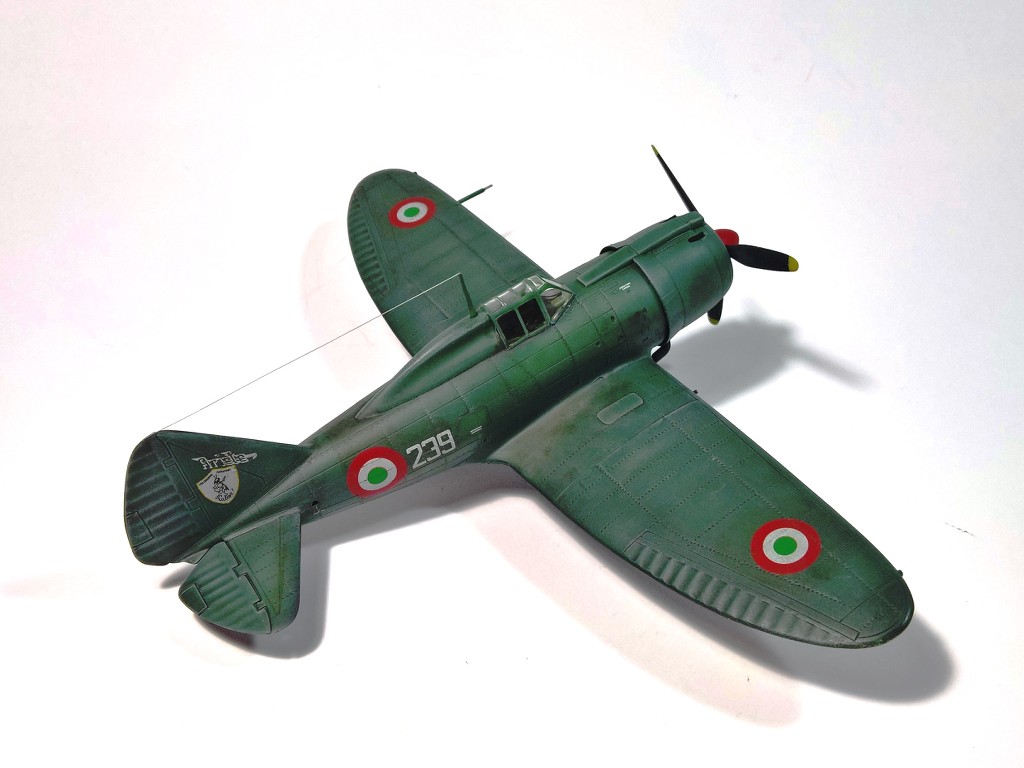 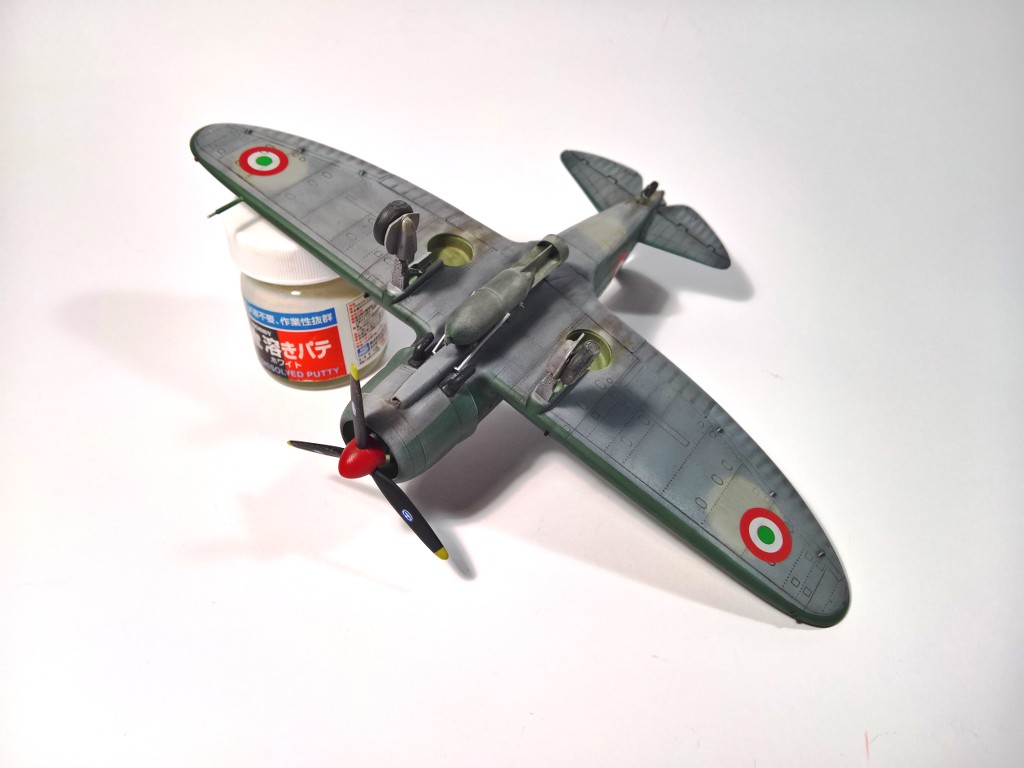 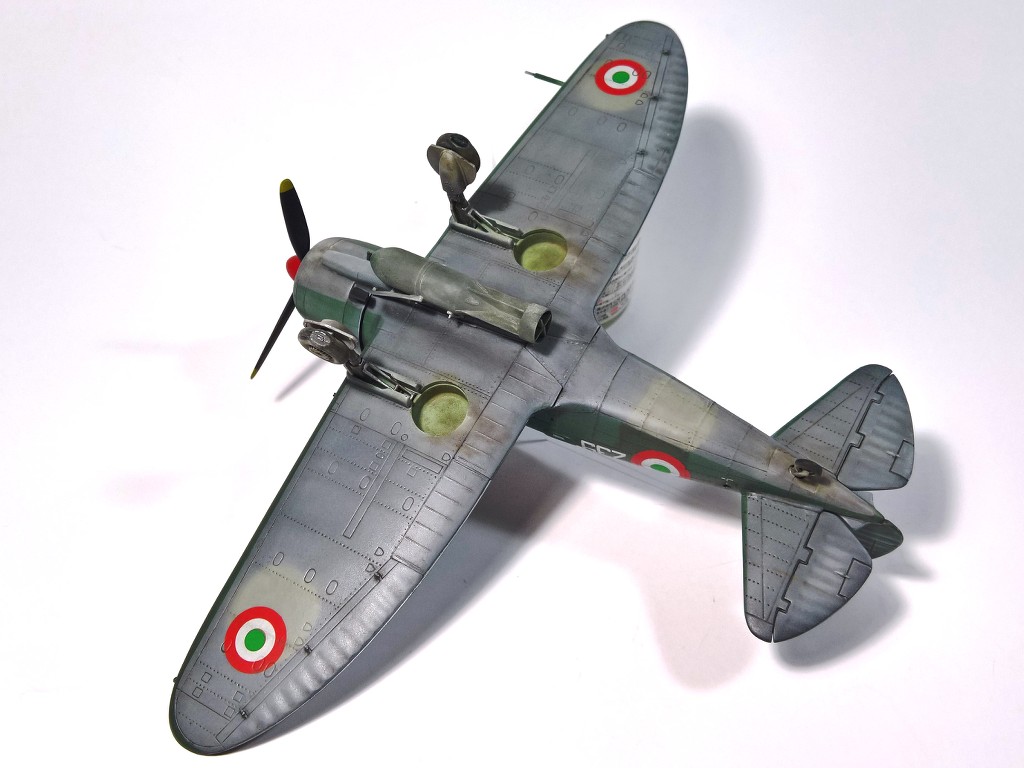 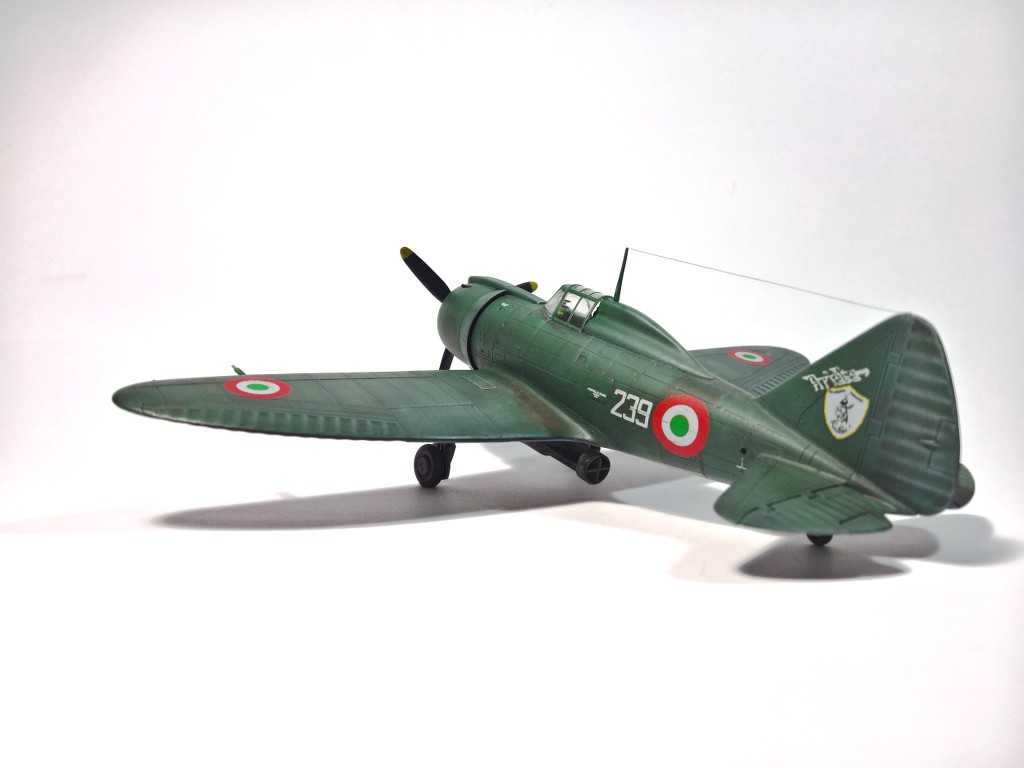 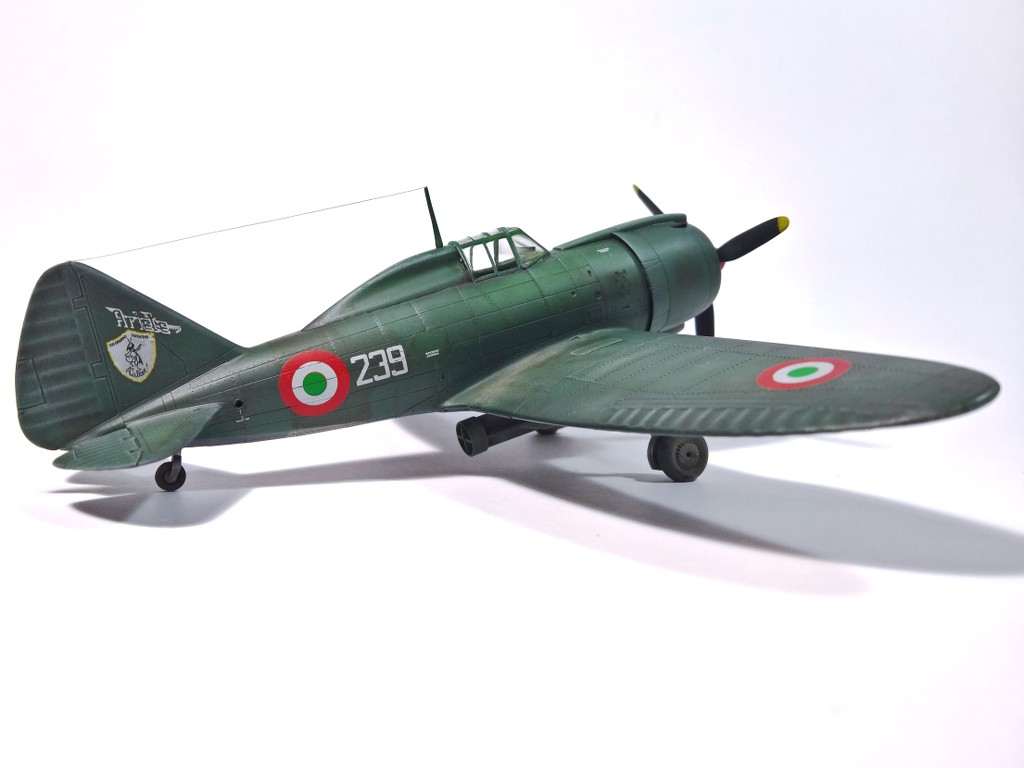 How about some close up photos to allow surface detail to be more visible? That panel overlap sounds interesting but need to see it better

I've been known to build a few things

REPLY & QUOTE
GazzaS (Gary Shively) said
Hubert,
Very nice. Along the fuselage I can see how you applied the overlapping technique.

REPLY & QUOTE
Yes, but the whole point of the doomsday machine is lost if you keep it a secret! Why didn't you tell the world?

...As you know, the Premier loves surprises.

REPLY & QUOTE
Kendzior (Hubert) said
Many thanks for all nice comments, really glad that you like the way it turned out

As for the overlapping panels, few close-ups and under construction shots below: 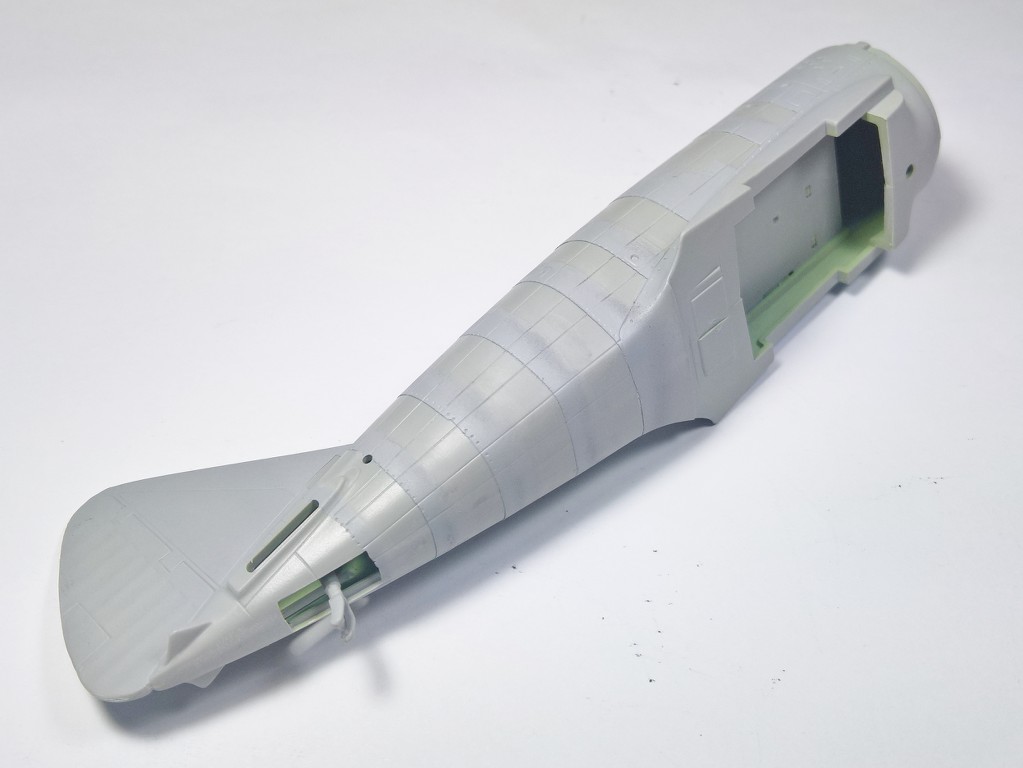 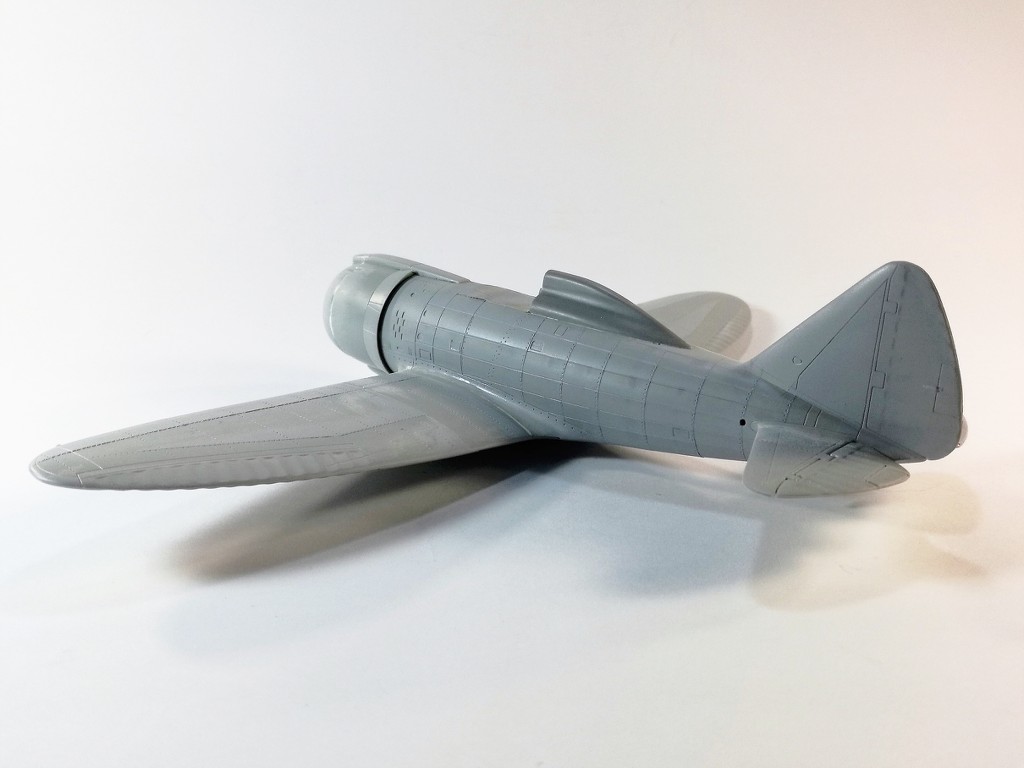 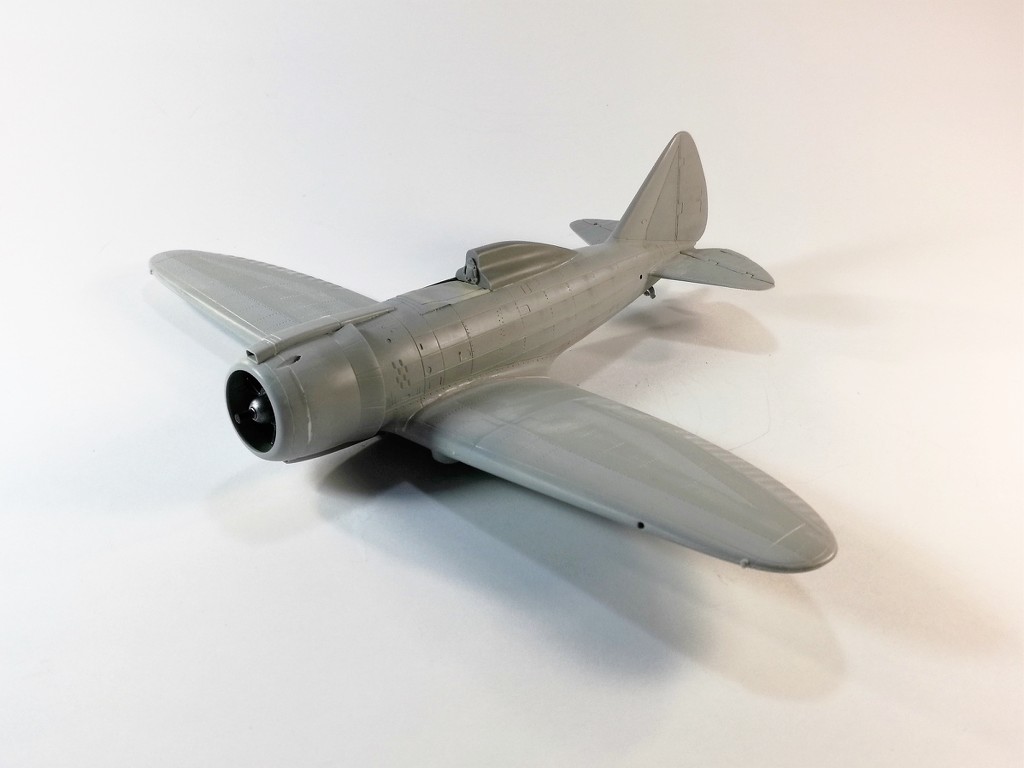 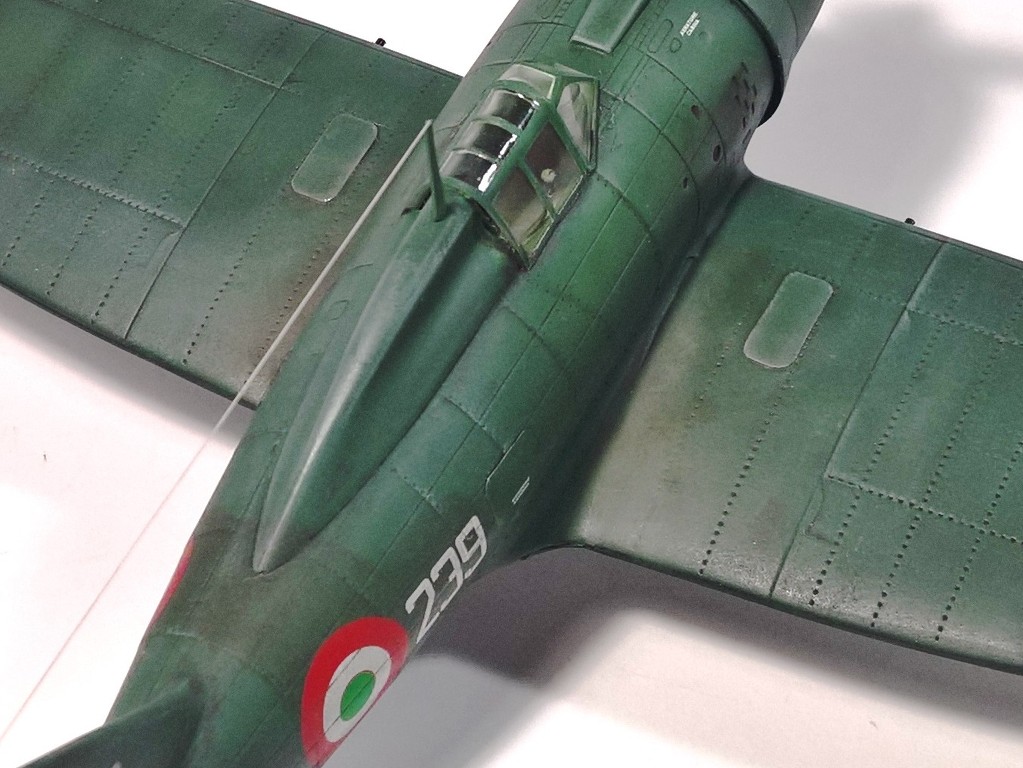 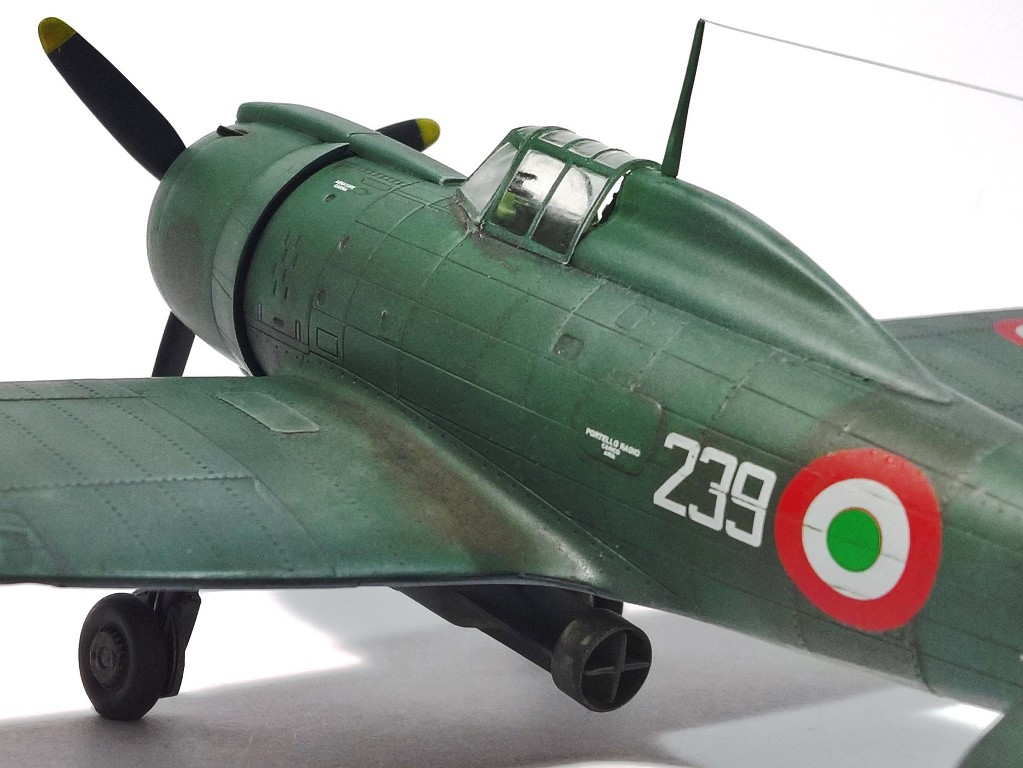 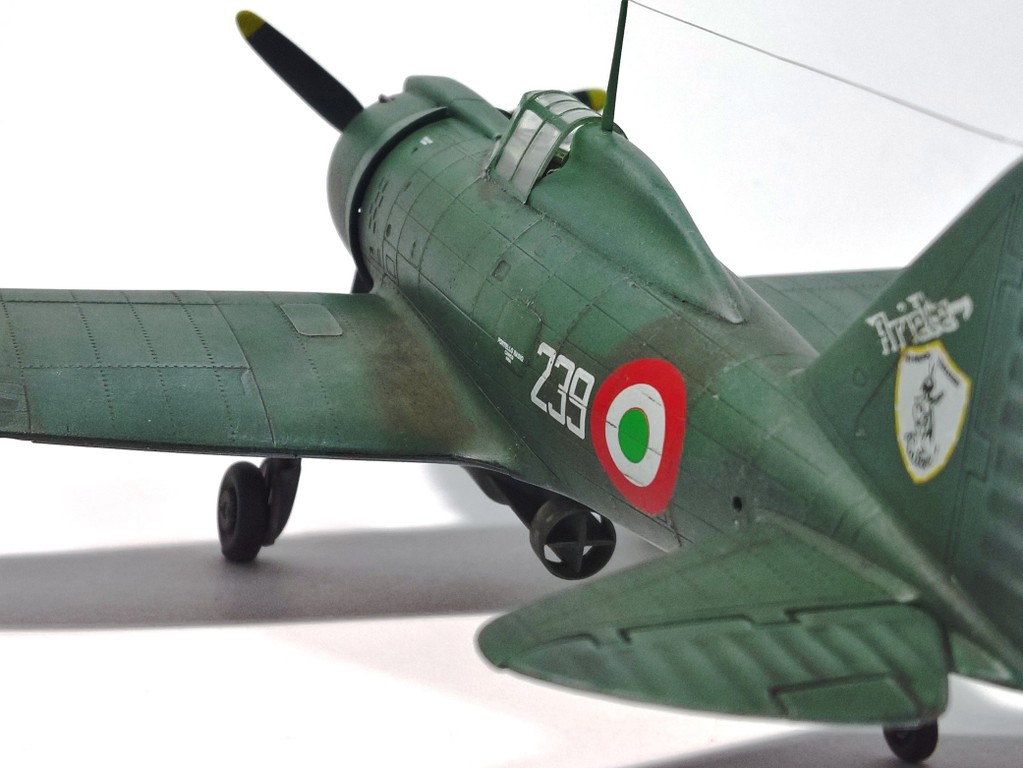 The effect was achieved by spraying edges of the panels with Gunze's Surfacer 500 diluted with their Levelling Thinner.

Next as usual, blackbasing with Surfacer 1500 and paints from Italeri and Lifecolor range (well, Italian plane, Italian kit, so Italian paints were a must

Same goes for me, very interesting method, with impressive results.
You've made a very eye-catching model from a rather dull camouflage scheme...not many can achieve this

The trick isn't my invention, just saw what Bernhard did building his fabulous PZL.37 and couldn't resist trying it.
The same will be applied to my Hayabusas.